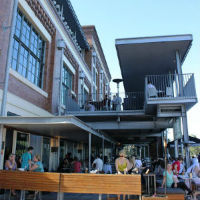 Kris began as Artistic Director of Brisbane Powerhouse in July 2013, with a mandate to increase the audience engagement in the building and expand on its positioning as Queensland premier centre for contemporary culture.

In his first year at BPH, Kris oversaw a 14% increase in revenue and an equal 14% surge in ticket sales, with the venue hosting 1106 ticketed performances, 145 free events and a further 382 functions, totalling 1633 shows and events over a 12 month period.

Over 700,000 people visited the venue to experience a range of programming across music, comedy, dance, theatre, film, visual arts and ideas – and 737 Brisbane-based artists saw their work featured.

Amongst the prominent run of events in this time, a highlight was hosting the Australian Performing Arts Market (APAM) – the premier biennial industry event in the Asia Pacific region – while simultaneously presented the biennial World Theatre Festival.

2014 closed with another new event WONDERLAND, Brisbane’s festival of circus, sideshow and spectacle, which featured 29 shows over 10 days, 81 performances, and over 120 individual artists. Wonderland hosted an excess of 10,000 ticketed patrons, with thousands more every night soaking up the carnival atmosphere of the bars, foyers and outdoor areas on offer by the World Food Markets. 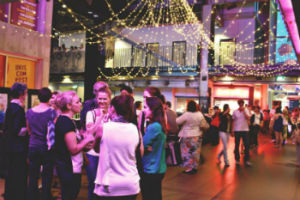 2015 opens with MELT, Brisbane’s inaugural festival celebrating queer culture, before BPH hosts the Brisbane Comedy Festival and in May IRL, a new event celebrating the convergence between live arts and digital and gaming culture.