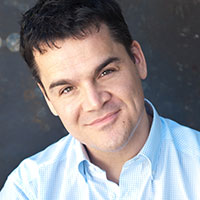 Kris Stewart is a multidiscipline and multigenre producer and director, with a key focus on major events and festivals. Currently, he is the Artistic Director of The Brisbane Powerhouse, Queensland’s home for contemporary cultural practice.

Most recently he has served as Artistic Director of The Festival of Voices, Tasmania’s largest winter cultural event and the national festival celebrating the instrument of voice, and as founding Executive Director of The Sydney Fringe, NSW’s key major event for the alternative and independent arts sector.

With a commitment to new work development, he was recently the Director of New Musicals Australia (an Australia Council funded body charged with the development of new Australian musicals) and the founding Executive Director of the New York Musical Theatre Festival (NYMF), the world’s largest annual musical theatre event, and through his production company Red Sand Media Partners he was one the producers of the TONY nominated and Obie and Drama Desk award winning musical [title of show] (which played on Broadway at the Lyceum Theater) and the feature film Red Hook, a teen thriller distributed by Phase 4 Films.  Upon returning to Australia, Kris worked as Resident Director of the musical Wicked in Australia for the Gordon/Frost Organization, which has been seen by over a million audience members.

Kris and NYMF won the $100,000 Jujamcyn Theaters Prize, which is given annually to an international cultural organization that has made an outstanding contribution to the development of creative talent for the performing arts. Further to this, his work has been recognized with 2010 and 2011 Australian Business and Arts Foundation (AbaF) Awards, 2012 State Winner and National Nominee as Best Festival or Major Event for the Qantas Australian Tourism Awards, 2013 Australia Day Award (Tas) for “Best Major Festival or Event”, the Sir Keith Murdoch Prize for Leadership and Innovation and a Churchill Fellowship, as well as Green Room Awards and Helpmann Awards and other prizes, including Best Production of 1996 for Skylight, and the SANTOS Emerging Director Prize and nominations for the Mike Ockrent Fellowship (NYC) and the Young Australian of the Year.

Kris has been part of the nominating and judging committees for the Macarthur Fellowship, The Victorian Premier’s Literary Prize, The Queensland Conservatorium at Griffith University Arts Advisory Board, Dance Break NYC and the HyPe (hybrid performance) program of Salamanca Arts Centre and the Australia Council and has been a guest speaker or panellist for Live Performance Australia, Opera America, the Society of Stage Directors and Choreographers, The UK Music Theatre Conference, The Entertainment Industry Expo NYC, NY Theatre Resources, The American Theatre Wing, the League of American Theatres and Producers and the NYC Emerging Artist and Producers panel, among others.

Kris is an alumnus of the Lincoln Center Theatre’s Director’s Lab and the Commercial Theater Institute (NYC) and the Australia Council’s Emerging Leadership Development Program, where he was mentored by Brett Sheehy. He completed his post-graduate study at the West Australian Academy of Performing Arts and the Australian Centre for Event Management at the University of Technology, Sydney.

Kris began as Artistic Director of Brisbane Powerhouse (BPH) in July 2013, with a mandate to increase the audience engagement in the building and expand on its positioning as Queensland’s premier centre for contemporary culture.

In his first year at BPH, Kris oversaw a 14% increase in revenue and an equal 14% surge in ticket sales, with the venue hosting 1106 ticketed performances, 145 free events and a further 382 functions, totalling 1633 shows and events over a 12 month period. Over 700,000 people visited the venue to experience a range of programming across music, comedy, dance, theatre, film, visual arts and ideas – and 737 Brisbane-based artists saw their work featured.

2014 closed with another new event WONDERLAND, Brisbane’s festival of circus, sideshow and spectacle, which featured 29 shows over 10 days, 81 performances, and over 120 individual artists. Wonderland hosted an excess of 10,000 ticketed patrons, with thousands more every night soaking up the carnival atmosphere of the bars, foyers and outdoor areas on offer by the World Food Markets.

2015 opens with MELT, Brisbane’s inaugural festival celebrating queer culture, before BPH hosts the Brisbane Comedy Festival and in May IRL, a new event celebrating the convergence between live arts and digital and gaming culture.

Representing Brisbane Powerhouse, Kris has been a a part of the Korean-Australian Arts Exchange and has been the guest of festivals and arts markets in Seoul, Shanghai, Auckland, Taiwan, New York, Austria, Canada and others.

Immediately prior to beginning at Brisbane Powerhouse, Kris was Artistic Director of The Festival of Voices, Australia’s key festival celebrating the voice and the power of song, an annual event that presents concerts, workshops and masterclasses across a range of performing arts. At The Festival of Voices, Kris was brought in to take the organization through a period of significant growth and strategic change. Here, he doubled the festival’s size, increasing audience numbers by 54% in his first year and 69% in his second to almost 20,000 attendees. Though this, KPMG have calculated a direct economic impact onto the state’s economy of $8.2m and the equivalent of 52 fulltime jobs.

Kris commissioned a series of new works such as Ghost Story and Angel Story (spoken word events with improvised underscore), Gin Swing (which paired sets of big band music with matching cocktails), Escape/Arrival (a 2012 Festival Australia funded project working with Hobart’s Sudanese Women’s Choir) and the Voices of Vice. Kris opened a series of new programs, such as a partnered ideas festival and cabaret festival, he created a new venue in Hobart called Voicebox and reopened the Odeon Concert Hall after twelve years.

In 2010, Kris founded New Musicals Australia, an initiative dedicated to the production of original music theatre in Australia, where he continues to offer writers and composers the opportunity to have their new musicals workshopped by professionals and presented to high level industry peers, creative industry leaders and general audience members. Six musicals were given full workshops in 2011 and 2012, and fourteen others received development support and/or public presentations within the initiative, based in Sydney.

As Executive Director of the New York Musical Theatre Festival, Kris Stewart oversaw 1197 performances of 133 new musicals that he commissioned, developed and/or produced, as well as 349 other events. Heralded by the New York Times as “2004′s rookie of the year in NYC theater” and Time Out New York as “the Sundance for musical theatre”, the New York Musical Theatre Festival played to more than 90% attendance while under Kris’ stewardship, and he grew the organization’s income by more than 35% each year.

While at NYMF, Kris premiered a number of music theatre works, including the Pulitzer Prize winning Next to Normal, Altar Boyz, [title of show], Gutenberg! the Musical!, Nerds:// A Musical Software Satire, Shout! The Mod Musical, The Big Voice: God or Merman?, Captain Louie and The Great American Trailer Park Musical. Kris has commissioned the creation of a number of new works, including Common Grounds and Platforms (two new dance musicals), Wrong Number (a music theatre piece created through improvisation, in collaboration with the Upright Citizen’s Brigade Theater), the Guerilla Musicals Project (spontaneous musicals that would interrupt events across NYC), Web Site Story (a user generated musical, created through online collaboration) and created a series of international co-productions with Australian, Canadian, Korean and English companies.  Prior to NYMF, Kris was executive director of the National Music Theatre Network in New York City and consulting director for the Theatre for the American Musical.

Experienced in the particular demands of major event and festival production, Kris’ producing and artistic direction work is an extension of his experience with other major events, including the Australian Ballet’s Ballet in the Park, Madison Square Garden/Radio City Entertainment’s A Christmas Carol, the Lygon Street Festa (Australia’s largest street festival, with over 300,000 attendees), Myer Music Bowl Millennium Concert, the Waterfront Festival, the Williamstown Festival, The LIVE Youth Festival, VIVA Cultural Diversity Festival and numerous outdoor concerts and events.

Kris has consulted on Cultural Development for the City of Melbourne and City of Stonnington, and has worked closely on cultural policy with the City of Sydney, the City of Marrickville, the City of Willoughby and Hobart City Council, including spending six months working with Willoughby and Century Venues on their $180m cultural project The Concourse, overseeing initial programming outreach and gala opening events and in 2000, Kris founded The Festa Group, which became one of Australia’s largest Festival-focused production companies.

Kris has held senior positions at many Australian companies, including acting as Associate Director for The Kevin Jacobsen Corporation (Australia), where he worked on Sisterella, Gael Force Dance, Disney’s Beauty and the Beast, Chess, and Jekyll and Hyde. He directed Into the Woods with the cast of Wicked for The Rob Guest Endowment, How to Succeed in Business Without Really Trying for The Production Company (Australia’s Encores Series) at Melbourne’s State Theatre, Treemonisha (State Opera of South Australia), Skylight for Melbourne Theatre Company and was Resident Director for A Little Night Music (MTC and International Management Group) and Wicked (GFO).

Most recently, Kris has conceived and directed The Dragon Ball to be the centerpiece of the 2013 Chinese New Year for the City of Sydney; Live at the Riviera! for Ten Days on the Island; The Trocadero Dance Palace for the Sydney Festival, which played a soldout season as part of the 2011 festival, returning for the 2012 Festival First Night.

Among the 50+ other shows Kris has directed include the new musicals Ordinary Days for Tasmanian Theatre Co, Prodigal and Virgin Wars (by Dean Bryant and Mathew Frank for the Next Wave Festival and at the Australian Institute of Music), Anthony Crowley’s The Journey Girl, Anthony Costanzo’s Life’s a Circus and the workshops of The Jackal and Rooftop at Playbox, Carved in Air for Handspan Visual Theatre and the Fluteplayer’s Song for the Gateway Playhouse (NJ), as well as Rags, Three Guys Naked from the Waist Down, My One and Only, Into The Woods, Pal Joey, Merrily We Roll Along, Extremities, The Shrinking Ledge, Kander and Ebb’s And The World Goes ‘Round, The Fantasticks and Guys and Dolls, amongst others.

Kris has also worked as an educator at the Australia Institute of Music, WAAPA, the NYU/Tisch School of Drama, the National Theatre (Melbourne), Ballarat Academy of Performing Arts, the Children’s Performing Company of Australia and Central Queensland University and was head of the MSA Performing Arts Department and Artistic Director of Student Theatre Activities for Monash University