As founder and Executive Director of the New York Musical Theatre Festival (www.nymf.org), Kris Stewart has overseen 1197 performances of 133 new musicals that he commissioned, developed and/or produced, as well as 349 other events including a slate of readings, workshops, concerts, parties, special events, seminars and master classes. Kris oversees almost 20 venues each year running full-time, with more than 1000 artists, creators and staff working across the event.

NYMF runs the theatrical gamut from hip hop and freestyle rap to dance musicals, from traditional musical comedies to edgy satires to epic dramas and has been the launching pad for more than a dozen commercial productions in its three-year history, generating off-Broadway and international runs for Altar Boyz, The Big Voice: God or Merman?, Captain Louie, The Great American Trailer Park Musical, Gutenberg! the Musical!, Nerds:// A Musical Software Satire, Shout! The Mod Musical and [title of show].

Kris has commissioned the creation of a number of new musicals, including Common Grounds and Platforms (two new dance musicals), Wrong Number (a musical created through improvisation, in collaboration with the Upright Citizen’s Brigade Theater), the Guerilla Musicals Project (spontaneous musicals that would interrupt events across NYC), Web Site Story (a user generated musical, created through online collaboration) and Innovative Leisure (a musical on the rise and fall of Atari, in collaboration with the Ensemble Studio Theatre). 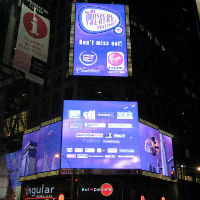 The Festival has featured premieres by Pulitzer finalists and Tony Award winners alongside the work of new unknown voices, and has featured numerous international co-productions with Australian, Canadian and English companies, and collaborations with the UCBT, ASCAP, EST, the Drama Dept., Ars Nova, BMI, 92nd St Y, Museum of TV and Radio and others.

Heralded by the New York Times as “2004’s rookie of the year in NYC theater” and Time Out New York as “the Sundance for musical theatre”, the New York Musical Theatre Festival plays to more than 90% attendance, with the 2006 festival attendance increasing by more than 65% to 40,000+ attendees. 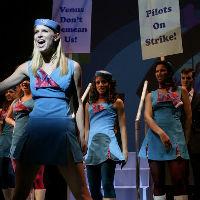 Kris has built a loyal and young audience base (>50% aged under 40) through an innovative programming and marketing strategy, and though still a young institution, Kris has grown the organization’s income by more than 35% each year, creating a committed donor and sponsor base (including partners such as Cadillac, Virgin, Microsoft, the Village Voice, Time Out NY, Playbill and many, many others) that has guaranteed the future viability of his organization. Kris has delivered a budget surplus for the five years of his management, and has grown the budget from <$250,000, to a core operating budget of $950,000, with additional $650,000 of inkind sponsorships and $600,000 in co-production commitments.