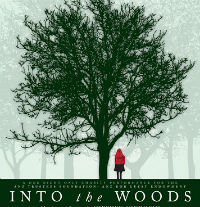 Kris has twice directed Into The Woods; firstly in 1999 at the Conservatorium of Music in Queensland, and then in 2010 at the Capitol Theatre in Sydney with the cast of em>Wicked.

For CQU, it was a great opportunity to try some ideas out on one of the classics in the canon – any great musical should be as open to reinterpretation as any great play.

Here, Into the Woods was treated as if we were looking at a production of As You Like It, a similar text in which the forest in a magical, fearful place. For this production, the staging concept was based around a suburbs and city setting, so that the “forest” was this fearful, urban environment.

In 2010 it was staged as a fundraiser for the Rob Guest Endowment, and it was a tremendous challenge. Working around his and the cast’s daily demands on Wicked, Kris crafted a fully-staged production that utilised the enormous resources available to the Wicked Creative Team.

INTO THE WOODS REVIEWS

” … it speaks inestimably of all involved that this production of Into The Woods is truly a first-class job … Director Kris Stewart elicited remarkable performances from his principals.”  NEIL MOLLOY The Brisbane Courier Mail

“Wicked cast presents magical night in the Woods … an extraordinary night in the theatre … from the moment MC Bert Newton arrived on stage to host the evening (with his usual glorious professional aplomb) it was clear the night was going to be exciting and magical. (…) allowed this most magnificent work to shine and glow in a superbly textured, utterly beguiling night of theatre. It was simply an incredible night that will long be remembered by those lucky to be in attendance.”  LES SOLOMON Aussie Theatre.